Friends of the Earth France

Friends of the Earth France gathers 30 autonomous local groups that work according to their priorities. The main activities of the NGO are focused on transition and ecology, agriculture and food, economic justice, energy and resources, and risks and technology. The organization actively works in both South and North parts of France to achieve sustainable societies and it is committed to achieving environmental change at all levels by taking action through campaigns and mobilizing public participation.

Survie is an NGO established in 1984 to fight corruption and hunger in third-world countries. The organization denounces all forms of French neocolonial intervention in Africa and advocates for a change in French foreign policy in Africa. 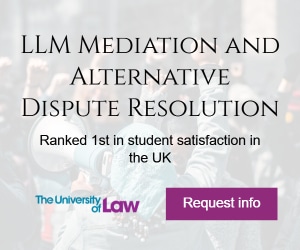 Survie conducts research and offers critical analysis and modalities of action encouraging everyone to demand real control over their personal political choices. The organization produces a regular analysis of French policy in Africa and publishes brochures and books. It also brings together citizens who want to be informed, and wish to mobilize and act. Survie currently has around 1.300 members and around 20 local groups that act on its behalf throughout France.

Secours Populaire Francais (SPF) was established in 1945 with an aim to fight against poverty and exclusion of marginalized populations both in France and across the world, bringing together people with different backgrounds and origins, who wish to live in solidarity.

SPF’s activities in France revolve around problems encircling exclusion, emergency aid based on food and clothing, as well as emergency housing. The organization also supports families and individuals in access to housing, health, holidays, culture and leisure, sports, and professional integration. SPF works with local organizations across the world on the implementation of development projects adjusted to the needs of local communities while respecting the cultures of the local people.

Perce Niege was formed in 2016 with an aim of assisting children and adults affected by mental illnesses and handicaps. The organization provides support to families affected by disability and promotes medical and scientific research.

The organization also works on ensuring the creation of proper facilities to accommodate people with disabilities by taking into consideration the nature of their disability and their ages and also encourages and supports initiatives promoting the integration of children and adults with disabilities in ordinary life. It works closely with public authorities and alerts them on issues related to people with disabilities and provides financial aid to scientific research programs in the fields of its activities. Solidarites International is a French-based international humanitarian NGO committed to providing universal access to drinking water and sanitation and helping people who are affected by conflicts, epidemics, and natural disasters

Solidarities International works directly on the ground and responds to emergencies by providing direct assistance to those who are the most in need fulfilling their basic needs which include shelter, food, and water. The organization helps people until they regain their livelihoods and can tackle the challenges on their own. Solidarites International helps those in need by following the humanitarian principles of humanity, independence, impartiality, and neutrality. So far, the organization has helped around four million people across the world.

Solidarite Formation Mediation (SFM) is an NGO that is working on facilitating the integration into society of people who face difficulties from an early age to adulthood. The goal of SFM is to develop people’s autonomy as citizens through access to knowledge, such as knowledge of the environment and the French language, and access to social and administrative rights.

Amongst many programs, the organization provides school support sessions for adults and children who face difficulties during their school learning. Furthermore, the organization provides support to parents by helping them understand their children’s behavior in a better way and by providing them with an opportunity to take steps in job search or work part-time by taking care of their children in a daycare center.

World Organization for the Protection of the Environment

The World Organization for the Protection of the Environment is an environmental NGO with a mission ‘’to contribute to the global preservation of the environment and biodiversity through the reflection and implementation of innovative technological projects, for a better life together and to ensure the sustainability of humanity and its planet’’.

It was established in 2013 by French ecologist Gil Emmanuel to deal with environmental issues on a global level to protect the Earth and correct the past errors of humanity that have strongly altered the environment. The organization works on restoring a healthy global environment and achieving sustainability for future generations. It mainly works in the areas of biodiversity, deforestation, quality air and water, global warming, energy and the fight against pollution.

SIPAR is a French NGO established in 1982 to welcome refugees from Cambodia to France. Since then, the organization has been working with underserved populations in Cambodia with one unique goal and that is to ‘’make books an educational level, transport them and make them accessible to the most underprivileged populations’’.

SIPAR’s activities revolve around the fight against illiteracy and developing reading skills through the accessibility of books in Cambodia. The NGO equipped 310 schools with libraries and trained more than 2.600 librarians. It also introduced mobile libraries to distribute books in underserved local communities. It also launched a book publishing program in Khmer language and it has distributed more than two million copies of books in the hands of young readers.

Wildlife Angel is a French environmental NGO that was established in 2015 and it is specialized in organizing wildlife and natural parks protection, especially in Africa. The organization is dedicated to the protection of park rangers affected by increasing threats, as well as wildlife.

The goal of the Wildlife Angel is the implementation of solutions to achieve sustainability of the fauna saves endangered species in Africa. It also defends people who care for wildlife daily and trains rangers to become more effective against threats they face. Last, but not least, the organization fights against poaching and cooperates with authorities to eradicate it.

One Heart for Peace

Established in 2005 in France, One Heart for Peace is an NGO that helps Palestinian children who are affected by heart conditions to undergo the necessary surgeries.

The organization provides free-of-charge surgeries for Palestinian children suffering from serious heart diseases. Surgeries are performed in the Hadassah Hospital in Jerusalem, Israel, through the cooperation of both Palestinian and Israeli doctors and surgeons. The organization acted as a bridge during many years when the Palestinian Authority did not provide financial support for children to be operated. However, presently, the children still get treated in Israel, but their care is financed for the most part by the Palestinian Authority.

Ada Hasanagić is a human rights professional currently working as a researcher at the Delegation of the International Committee of the Red Cross in Sarajevo, Bosnia and Herzegovina. Previously, Ada graduated with honors from the Sarajevo School of Science and Technology and the University of Buckingham in the fields of Political Science and International Relations. Also, she earned a master’s degree in Democracy and Human Rights from the University of Sarajevo and University of Bologna.